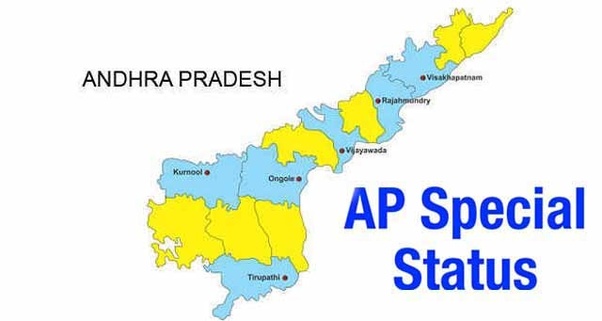 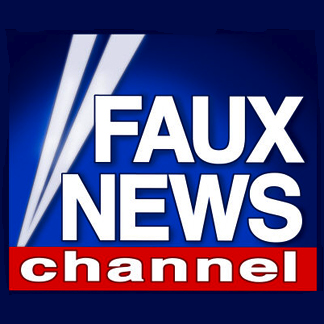 2. The above mentioned commitments are broadly categorized as under:-

(i) The Andhra Pradesh Reorganisation Act:

(a) Section 46 of the Act provides for a reference to be made to the Fourteenth Finance Commission to take into account the resources available to the Successor States and make separate awards to them. It further provides for a developmental package to be given to the backward areas of the State of Andhra Pradesh. It also provides for adequate incentives in particular for Rayalaseema and north coastal regions of the State.

(b) Section 90 of the Act declares the Polavaram Irrigation Project as a National Project.

(c) Under Section 93 of the Act, the details of institutions and infrastructure to be developed in the State are outlined in the Thirteenth Schedule to the Act.

(d) Section 94 of the Act provides for appropriate fiscal measures, including offer of tax incentives, to be given to the Successor States to promote industrialization and economic growth. It further provides for support to programmes for backward areas including physical and social infrastructure. In addition, it provides for giving special financial support for creation of essential facilities in the new capital of the successor State of Andhra Pradesh, including the Raj Bhawan, High Court, Government Secretariat, Legislative 2 Assembly, Legislative Council and such other essential infrastructure.

(iv) Report on Developmental Support to Andhra Pradesh dated 1.12.2015: The Vice Chairman, NITI Aayog Dr. Arvind Panagariya studied various aspects of the support to be given to Andhra Pradesh under the Reorganisation Act and made recommendations regarding effective implementation.

. Under the Andhra Pradesh Reorganisation Act, the commitment for the resource gap for the year 2014-15 is being met on the basis of standardized expenditure for that year. The revenue gap has been tentatively quantified subject to further adjustment on account of figures relating to certain pension schemes. A part of the revenue gap compensation amounting to Rs.3,979.5 crore has already been paid and the balance is being paid in annual instalments.

4. The Polavaram Project is on the river Godavari near Ramayyapeta village of Polavaram mandal, about 42 km upstream of Sir Arthur Cotton Barrage in the State of Andhra Pradesh. It envisages construction of a dam and canal system to create ultimate irrigation potential of 2,91,000 ha. (7.2 lakh acres), generation of 960 MW of hydro power, drinking water supply to a population of 28.50 lakh in 540 villages and diversion of 80 TMC of water to Krishna river basin. The project was accorded investment clearance by the Planning Commission for Rs.10,151.04 crore (at 2005-06 price level) in 2009. Further, the Advisory Committee of Ministry of Water Resources approved the cost at 2010-11 price level as Rs.16,010.45 crore during January, 2011 including power and drinking water component of Rs.2868 crore. Prior to the passage of the AP Reorganisation Act, the Polavaram Project was being implemented by the Government of Andhra Pradesh with Central Assistance under the Accelerated Irrigation Benefits Programme (AIBP). An expenditure of Rs.5,135.87 crore had been incurred up to 31.3. 2014 including Central Assistance of Rs.562.469 crore.

The Central Government will fund the Polavaram Irrigation Project in the following manner:

5. Government of India has already legislated for fiscal incentives of enhanced investment allowance and accelerated depreciation. They will come into effect once notified, after the State of Andhra Pradesh identifies the eligible backward areas.

6. In respect of educational and other institutions:  A Petroleum University has already been established.

 The IIT has already been functioning from a transit campus and the main campus is being constructed.

 The National Institute of Technology has already been functioning since September 2015 in a temporary campus and its main campus is being constructed.

 The Indian Institute of Information Technology, Kurnool has already started functioning from the temporary campus and would start functioning and its main campus is being constructed.

 The site for the Central University in Anantapur district has already been selected. 5  The Indian Institute of Science Education and Research has been established in Tirupati.

 The Indian Institute of Management has been established at Visakhapatnam.

 An All India Institute of Medical Sciences has been approved at Guntur and the land for the same is being taken over.

 A Tribal University is to be established in the State of Andhra Pradesh for which a Site Selection Committee of the State has already approved the land.

 A National Institute of Disaster Management is being established in the State of Andhra Pradesh for which identification and takeover of the land is being completed.

7.(i) The Cabinet Committee on Economic Affairs has given in-principle approval for the establishment of a major port at Dugarajapatnam in Andhra Pradesh on PPP basis, subject to feasibility.

(ii) Proposals with regard to the Steel Authority of India, Indian Oil Corporation/HPCL to set up units in Andhra Pradesh are being examined as provided in the Reorganisation Act.

(iii) Regarding airports:  In Vishakhapatnam, international flights are already operating. For further expansion, land has been identified at Bhogapuram. The State is to acquire and hand over land for development by AAI as per the standard terms for such development or develop on its own by PPP. A techno economic feasibility report is to be undertaken by State Government.  For Vijayawada, MoU has been signed by AAI with Govt. of Andhra Pradesh to develop the existing terminal. The State is to 6 acquire 698 acres of land required for the expansion as per the standard terms.  For Tirupati, the new terminal was inaugurated by the Prime Minister on 22.10.2015. A new apron for parking for 3 aircraft has been completed. The existing runway, apron and terminal building are adequate for commencing international flights. Expansion of new apron for parking additional 4 aircraft and isolation bay is under construction within the available land.

(iv) The National Highway Authority of India has taken several steps for establishment of the National Highways in the State of Andhra Pradesh. The Railways is considering measures for establishing a rapid rail and road connectivity between the new proposed capital of Andhra Pradesh with Hyderabad and other cities in the region. The Government of India is actively considering proposals for the establishment of the Metro Rail in Visakhapatnam and VijayawadaGuntur-Tenali urban area.

8. The Fourteenth Finance Commission’s award came into effect from 1.4.2015. The enhanced devolution amount due to Andhra Pradesh is being paid in entirety. This has resulted in an increase of Rs.7,787 crore in tax devolution in 2015-16 compared to 2014-15, a growth of 55%. The revenue deficit grants for each of the years recommended by the Fourteenth Finance Commission will also be paid by the Government of India to the State of Andhra Pradesh. The same has been done for the year 2015-16 and 2016-17. There are no issues pending on that score.

9. The Government of India is thus honouring and shall honour all commitments made under the Andhra Pradesh Reorganisation Act.

10. The statement of the then Prime Minister, Dr. Manmohan Singh on 20.2.2014 contains six paragraphs. There are no issues with regard to five out of the six paragraphs. With regard to the first point i.e. the grant of special status, an apparent conflict has set in, between the statement and the recommendations of the Fourteenth Finance Commission which came subsequently. On page 17 (para 2.29 & 2.30) of the Report, the Commission has stated (inter alia):

“We did not make a distinction between special and general category states in determining our norms and recommendations…… In our assessment of State resources, we have taken into account the disabilities arising from constraints unique to each State to arrive at the expenditure requirements. In this regard, we have observed that the North-eastern and hill States have several unique features that have a bearing on their fiscal resources and expenditure needs, such as low level of economic activity, remoteness and international borders. Our objective has been to fill the resource gaps of each State to the extent possible through tax devolution. However, we have provided post-devolution revenue deficit grants for States where devolution alone could not cover the assessed gap……

Thus following the recommendations of the 14th Finance Commission, the class of special category states ceases to exist. However, the Central Government has agreed to give a special assistance measure for Government of Andhra Pradesh for five years, which would make up for the additional Central share the State might have received during these years, i.e. 2015-16 to 2019-20, as envisaged in the then Prime Minister’s statement dated 20.2.2014. This will be in the form of Central Government funding for externally aided projects for the state for Andhra Pradesh signed and disbursed during these years.

11. Thus the Government of India has effectively addressed all commitments made to the State of Andhra Pradesh in the Andhra Pradesh Reorganisation Act, the Fourteenth Finance Commission and the statement of the then Prime Minister on 20.2.2014.