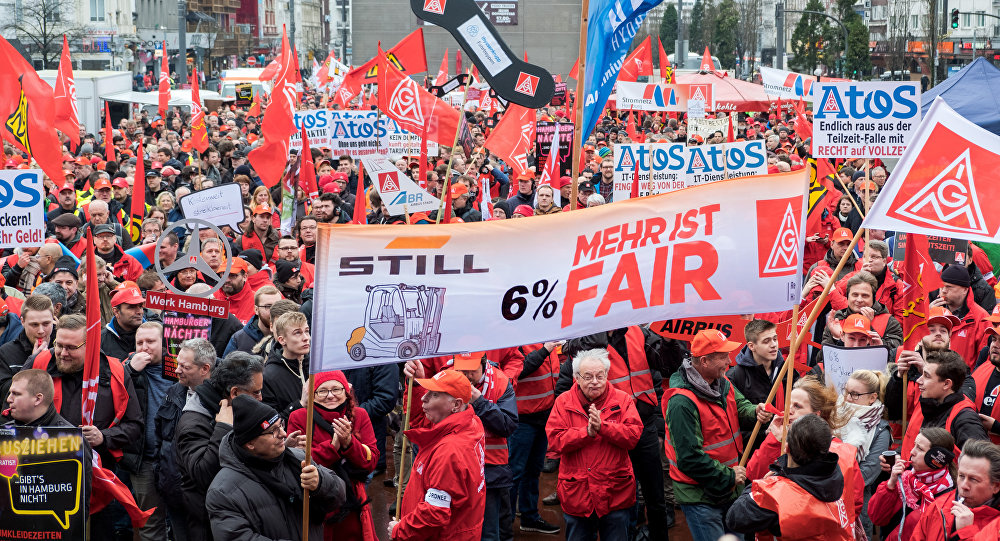 by Panos Garganas in Athens

Many workers joined protests during a general strike in Greece (Pic: Workers Solidarity)

The general strike in Greece today, Thursday, was a bigger success than anyone expected. No boats, no trains and no planes moved. In Athens the Metro stopped all day, as did buses in the morning and evening.

Before the official rally, a march organised by the Communist Party stretched for around a kilometre. So did a feeder march from the Archaeological Museum with a big presence of the anti-capitalist left front Antarsya. The official rally in front of parliament was huge.

This was bigger than, or at least comparable to, the rally for the No vote in July’s referendum when left wing prime minister Alexis Tsipras spoke.

The message was clear. People may have voted for Tsipras’ party Syriza in the election. But that doesn’t mean they accept what his government does. He may have electoral control, but he can’t control people’s reaction to austerity.

By the eve of the strike Syriza was even pressured to announce its own token support. Their line was that the strike would strengthen their hand in negotiations with the “Troika” of Greece’s institutional creditors.

Striking workers on the march in Athens

But the government has already given into the Troika on the issues at stake. It’s implementing pension cuts, and more cuts are coming.

Parliament has already voted to increase the retirement age to 67. And existing pensioners will have their payments cut because they retired younger than that.

That’s before the main bill on pensions has even reached parliament. Government documents released the day before the strike revealed that pensions will be cut by ending the link to final salaries.

The pressure is on for unions to call another general strike on the day that bill reaches parliament. The Troika is using its support for bailed out Greek banks to blackmail the government into bringing it forward to this month or next at the latest.

A number of other disputes are developing with more strikes expected in shipping, local government and hospitals.

And a demonstration to mark the anniversary of the 1974 Polytechnic uprising against Greece’s military dictatorship is expected to be very big. Teachers and students, angry at underfunding and understaffing in education, are likely to turn out in large numbers.

The right has tried to use the refugee crisis to attack Syriza, but they haven’t succeeded. Instead the government is under pressure from the left.

A debate is opening up about the alternatives.

When right wing governments implemented austerity, people could hope for a left government to replace them and end austerity. Now that prospect is gone, some argued that people would be disappointed and the strikes would flop. That has not been the case.

Others—in the Communist Party and the Popular Unity split from Syriza—argue that we must now go for a “real” left government. But the prospect of that happening is very remote. In electoral terms both are far too small.

People went out on strike and demonstrated despite this. They can see that workers’ own action can force the government to make a U-turn and stop implementing austerity