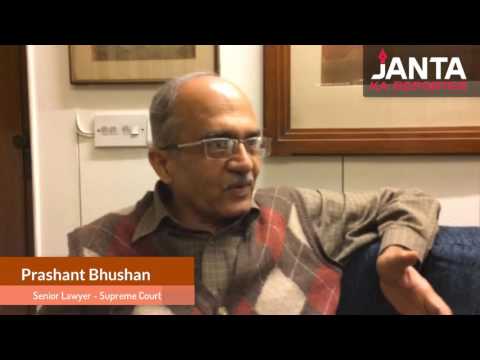 Brazil’s modernist plazas have been filled with protesters over the course of the past week. They have come to ask for the resignation of the President — Dilma Rousseff of the Workers’ Party (PT). Crowds on Avenue Paulista in São Paulo held aloft a massive sign that read, “Impeachment já!” It is the slogan of this protest — if President Rousseff does not resign, then she should be impeached.

Why do these thousands of people want Ms. Rousseff to leave office? An eruption of corruption scandals that implicate the entire political elite comes at a time of Brazil’s economic stagnation. Brazil currently suffers its worst recession in half a century, with economic growth shrinking. Low commodity prices and slack demand from China are the main authors of this downturn. No relief is on the horizon, since China is not likely to expand its purchases. Nor, therefore, will commodity prices rise higher. Reliant upon both, an exit for Brazil’s crisis in that direction is closed. The PT, in power from 2002, had not been able to diversify the economy and so was vulnerable to commodity prices. Economist Alfredo Saad-Filho calls this a “confluence of dissatisfactions,” drawing in those with immediate worries — rising bus fares— and those with much greater anxieties — the loss of power of the dominant classes.

What is striking about the protests against the Rousseff government is that these are not coming mainly from the slums — the favelas — of Brazil or from the industrial working class. In March last year, Brazil’s college educated, upper middle class went out onto the streets for a series of marches against the government. Luiz Carlos Bresser-Pereira, a former Finance Minister from the 1980s, characterised these protests as “collective hatred on the part of the elites, of the rich, against a party and a president.” What motivated the demonstrators, he said, was not worry, but “hatred.” What do the Brazilian elite hate about the government of the PT?

The PT has pushed a broad agenda to give capitalism a human face. Wretched poverty in parts of Brazil had to be ameliorated by a social welfare programme known as Bolsa Família. The World Bank said that this programme has “changed the lives of millions in Brazil.” For cash payments, Brazil’s impoverished families pledge to keep their children in school and take them for regular medical check-ups. The government argued that Bolsa Família would enhance the immediate lives of the poor — with the cash payments — and would break the cycle of intergenerational poverty — through education and health care.

Almost 50 million Brazilians — a quarter of the population — have benefited from Bolsa Família. Last year, the Brazilian Institute of Geography and Statistics announced that extreme poverty has been eradicated in the country. But, at that announcement, the institute pointed out that the budgetary cuts to the programme would reverse the trend. A third of the funds allocated to Bolsa Família had been removed from the 2016 budget. This is an indicator of the financial trials of the government.

What the elite hated was the rise in minimum wages, the expansion of rights to workers and the privileges now given to the working class for entry into public universities. Benefits to the working class in Brazil open up the social question of racial inequality. Brazil, a former slave state, has never really come to terms with the legacies of slavery and racism. Under the PT, issues of racial discrimination and the costs of racism on the workers became part of the national conversation. This was anathema to the elite.

Over the course of the past century, at regular intervals, populist political movements have come to the fore in Brazil to challenge the iron grip of the elite. Each time, the people rally behind these leaders, the elite — with the assistance of the military and the United States — has undermined the revolt of the favelas and the countryside. Presidents Getúlio Vargas and João Goulart became standard-bearers of this popular frustration, but both had to be removed — Vargas by suicide in 1954 and Goulart by military coup in 1964. In both cases, the combination of the established dominant classes, the military and the U.S. created a crisis that overwhelmed the country and dispatched the populist leaders. Fear that this is part of the equation in Brazil today is not unfounded. It is etched into Brazil’s history.

Coups need not come from the barracks any longer. The media is sufficient. In Brazil, the Globo network — 50 years old — now controls more than half of the media — television networks and influential newspapers — including O Globo. “There is no other means of communication with similar influence in the country,” Professor Beatriz Bissio of the Universidade Federal do Rio de Janeiro tells me. The owner of the network, Dr. Roberto Marinho, has a very close alliance with the military regime. His channels have been fulminating against the Rousseff government, urging on the protests in the service not of anti-corruption but against the PT.

In Brazil, a familiar refrain is “the system is not corrupt; corruption is the system.” Systematic corruption has eaten into wide swathes of Brazil’s politicians, not only from among the prominent leaders of the PT but also of its opposition, including Aécio Neves who ran for president against Ms. Rousseff in 2014. Vast profits in the major government utilities, Eletrobras and Petrobras, provided opportunities to politicians for bribes. Politicians from PT did not resist the temptation. But they are not alone.

The media went after the PT as if it was the only one which was complicit in the corruption scandals. They ignored the corruption scandals of the right-wing opposition. Datafolha has done regular surveys of dissatisfaction in Brazil. Over a third of the population finds that corruption is their major grouse, although the rest of those surveyed complained about a lack of access to health care and education as well as jobs. The media is not interested in these complaints. They come to the heart of the PT programme. Much easier to poke a finger at “corruption,” an idea with an emotional appeal to people whose livelihood weakens as they see the elite becoming immune from the crisis.

Ms. Rousseff, unlike Mr. Lula, did not cultivate a close link with the people. Compelled to make budgetary changes, she did not reach out to the public to explain the problems. Attacked by the media, Ms. Rousseff isolated herself from her supporters. Confusion led to disillusionment. Mr. Lula, from the factory, and Ms. Rousseff, from the prison, developed a party — the PT — that grew from Brazil’s powerful social movements, such as the Landless Workers’ Movement (Movimento dos Trabalhadores Rurais Sem Terra, or MST). Ms. Rousseff reached out to Mr. Lula to revive connections to the social movements. He is temperamentally of the trade unions, a salty man with popularity among the working class and peasantry.

But Mr. Lula had been under investigation as part of the Petrolão (Car Wash) scandal — money laundering around Petrobras. His role here is small scale compared to the other outrages. The detention of Mr. Lula and the release of taped phone conversations between him and Ms. Rousseff suggest a wider conspiracy at work here. It is in the habit of Brazil’s elite to foment such discord to prevent any threat to its stability. Mr. Lula’s return in a time of economic crisis might have signalled a sharp left turn from the PT. It had no other choice but to move in that direction. It would be suicidal for the PT to become the party of austerity. Mr. Lula’s brief was to help Ms. Rousseff change course. This is what the elite found abominable. Ms. Rousseff’s offer of a cabinet post to Mr. Lula would have immunised him from prosecution. A judge has now blocked the appointment.

On Friday, a million people joined the Popular Front of Brazil to repeat Mr. Lula’s call — não vai ter golpe, there’ll be no coup. The people, as the MST put it, went to the streets to defend democracy. This protest stands against the coup. Whether the emergence of these popular protests will change the ugly dynamic in Brazil is to be seen. Much is at stake in this important South American country.

This article originally appeared in The Hindu

New Delhi, 06 Dec 2015: Chief Justice of India Tirath Singh Thakur on Sunday asserted that there would be no tolerance towards deviant behaviour and corruption by judges.

On being asked about Justice C.S. Karnan of Madras High Court who has been at loggerheads with his chief justice, Chief Justice Thakur, without mentioning any individual judge, said: “We will take note of it and take corrective action for any deviant behaviour coming (from judiciary) from Kashmir to Kanyakumari.”

Citing the difficulties in dealing with deviant judges, Chief Justice Thakur pointed out that “in case of doubtful situation, the benefit of doubt would go to the institution (of judiciary) and not to the individual”.

He said there were some misgivings about how certain judges conduct themselves and that brings into question the issue of credibility.

A strong and independent judiciary was capable of protecting people from attacks on the inclusive values of Indian society, Chief Justice T.S. Thakur said .

“As the head of the institution that upholds the rule of law and protects the constitution, the right of all sections of people will be protected,” Chief Justice Thakur said in his first media meet after assuming charge of the Supreme Court.

“Our existence is itself based on tolerance,” he said, wondering how some political people can twist it to their advantage.

Assuring that judiciary was there to protect and safeguard their rights, the chief justice said: “We are capable of protecting the rights of all sections of the people. It is our responsibility. Rule of law and constitutional guarantees are enshrined (in the constitution).

“What to talk of citizens, rights of all the people will be protected. There is nothing to fear.” He added: “The rule of law is even for non-citizens.”

Chief Justice Thakur said: “Itna badha desh hai, kuchh awaaj to uththi hai” (It is such a big country. Some discordant notes will be there.)

So long there was rule of law, constitutional guarantees and an independent judiciary, “tab tak kisi baat ka dar nahin hona chaiye” (till then one should not fear anything).

Pointing to the long, rich and all-inclusive traditions of India, he said: “This country has been a home for all religions of the world. People who were persecuted in other places have come here and flourished.”

Describing it as “our heritage”, Chief Justice Thakur gave the example of Parsis who came from Persia saying they gave India the best industrialists and “finest legal minds” — referring to Nani Palkiwala and Fali Nariman. (IANS)