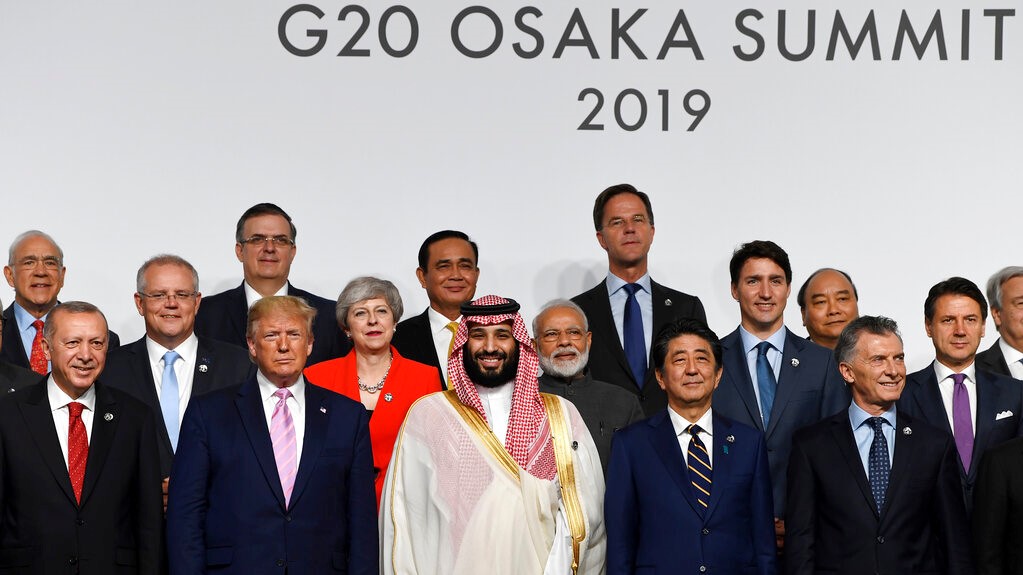 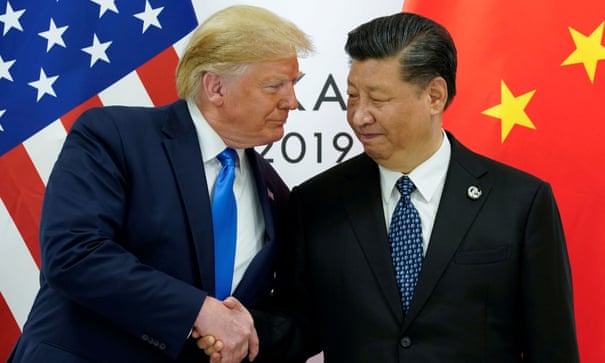 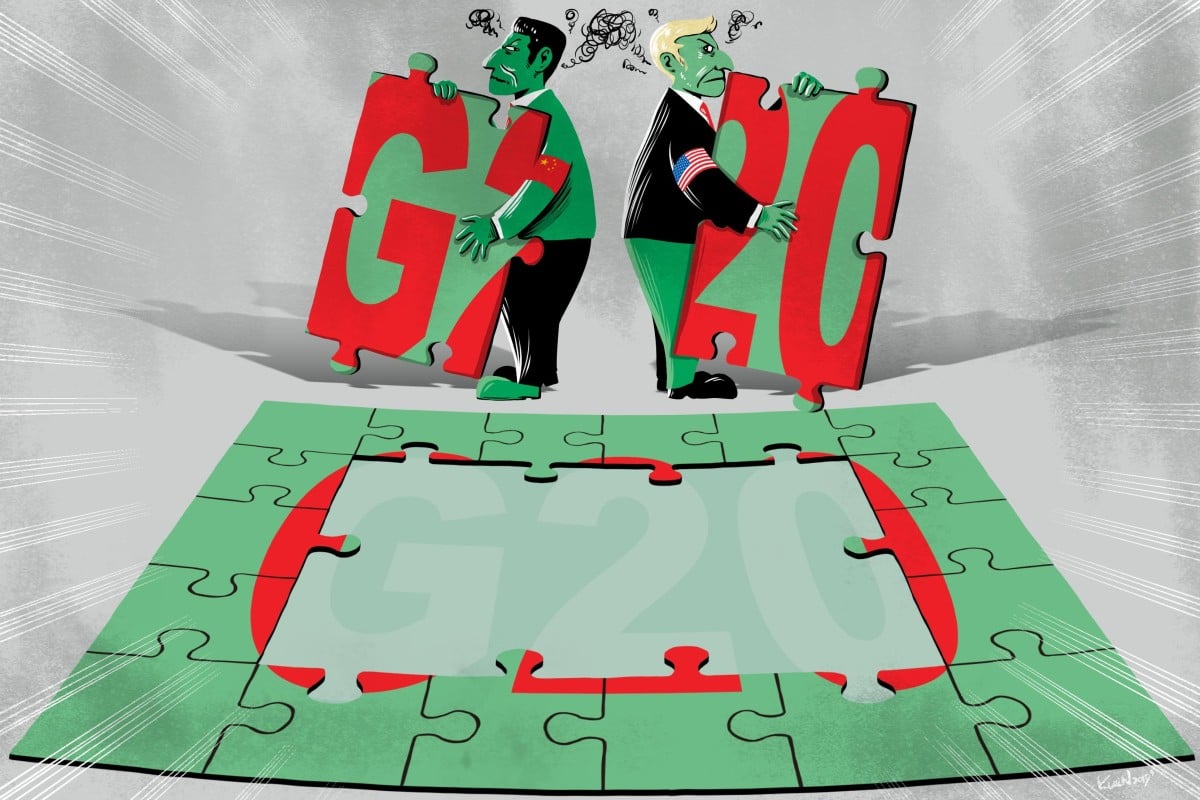 The IMF gave G20 leaders some bad news in Turkey: they are not doing enough to lift growth. The G20 has not implemented enough of their previous commitments and their goal of increasing G20 GDP by US$2 trillion by 2018 is falling short by about US$4 trillion. The problem is that G20 leaders are stuck in a business-as-usual mindset. Their commitments are duplicative and relate to reforms they were already planning to undertake. The G20 needs to break out of this mindset by urgently changing the process through which commitments are made in order to deliver meaningful reforms that will boost global growth. In 2014, G20 leaders committed to implement about 1000 country-specific reforms, with the goal of lifting G20 GDP by 2 per cent (about US$2 trillion) by 2018. Unfortunately, since then, global growth forecasts have been downgraded six times. Instead of being US$2 trillion larger, G20 GDP for 2018 is forecast be about US$2 trillion smaller. This is a serious problem for the global economy, not to mention the credibility of the G20, which now has just three years to come up with US$4 trillion of growth.

In response to this challenge, G20 leaders met in Turkey on 15–16 November and added new reforms to their growth strategies. They developed new documents called ‘investment strategies’ to address the anaemic levels of investment in many economies. But leaders are starting to display ‘reform churn’ where, each year, previous commitments are discarded and new ones added.

For Australia, paid parental leave is out, but childcare funding is in. The medical co-payment and company tax cuts are out, but the small business package is in. And while higher education reforms remain, it’s quite possible they won’t be there next year if the Australian Senate has anything to do with it.

In the US, Obama’s immigration reforms, tipped to increase US GDP by a significant 3.2 per cent by 2023, are now being challenged by 26 US states. Public investment in Germany and market-oriented reforms in China are similarly too small or too slow to contribute what was promised under the original US$2 trillion growth goal.

While the G20 says it has implemented half of its commitments from the 2014 Brisbane summit, they have not implemented the reforms that matter. This figure also seems dubious since, under the Turkish presidency, the G20 is now only monitoring about 100 of the original 1000 commitments.

Leaders made important new commitments which will be implemented throughout China’s G20 presidency in 2016. Leaders will work to strengthen the global financial safety net. On trade, leaders urged prompt ratification and implementation of the Trade Facilitation Agreement and, following agreement of the Trans-Pacific Partnership, committed to ensuring bilateral, regional and plurilateral trade agreements complement one another. Leaders also completed core elements of the financial reform agenda and endorsed a new commitment to reduce youth unemployment.

Investment is a welcomed focus from the Turkey summit. For advanced economies in particular, investment collapsed during the global financial crisis and has struggled to recover. But the 300 commitments that make up the G20 investment strategies are largely duplicative of its growth strategies and include many of the same initiatives, particularly around infrastructure investment. Analysis by the OECD indicates these strategies will lift the aggregate G20 investment-to-GDP ratio by 1 percentage point by 2018. Although welcome, it is unclear whether this would translate into any additional growth over and above what is already built into the existing growth strategies.

The G20’s investment initiatives still remain too focused on public investment, which is woefully incapable of addressing the US$50 trillion global infrastructure gap. There is a conspicuous absence of any focus on improving multilateral investment. There is clear scope to exploit synergies between investment funding by the World Bank, G20 Infrastructure Hub, the Asian Infrastructure Investment Bank and the Asian Development Bank, to name a few.

The growing presence of investment chapters in free-trade agreements as well as bilateral and plurilateral investment treaties demonstrates a clear need for a global investment treaty. Yet, despite repeated calls from the WTO and trade experts to do so, the G20 has not identified this as a priority for boosting investment.

The G20 is an informal forum meaning there is no permanent secretariat and countries do not face penalties or sanctions for falling short on their commitments. Historically, attempts to change this have failed miserably. The only way to get better commitments seems to be by reforming the processes through which commitments are made. There are several reforms the G20 could immediately undertake to strengthen peer pressure and accountability.

Second, the G20 peer review process tends to be largely isolated to lower-level officials with limited engagement from finance deputies, sherpas, ministers and leaders who have the greatest capacity to influence outcomes. Peer review needs to be much more integrated and should take place at all levels, but particularly ministers and leaders.

Third, accountability at the level of officials could be improved. The G20 should adopt a panel of economic experts from outside the G20 community to provide practical suggestions on the individual strategies of members. Providing practical and specific recommendations is often politically easier for an independent panel of experts than it is for G20 countries or even international organisations.

Finally, leaders and ministers are unlikely to make ambitious commitments if there is little public interest back home. Strengthening the G20’s engagement with the public is therefore critically important. To encourage such engagement, members should be required to formally outline through the peer review process what actions they will take to engage with their public on their growth strategy. This could include public events, roundtables and interviews, fora with academic experts, as well as media campaigns and advertising.

The G20 is uniquely placed to provide political cover for G20 members to undertake coordinated reforms. These initiatives will not only boost the G20 forum but can assist countries in undertaking tough reforms back home.