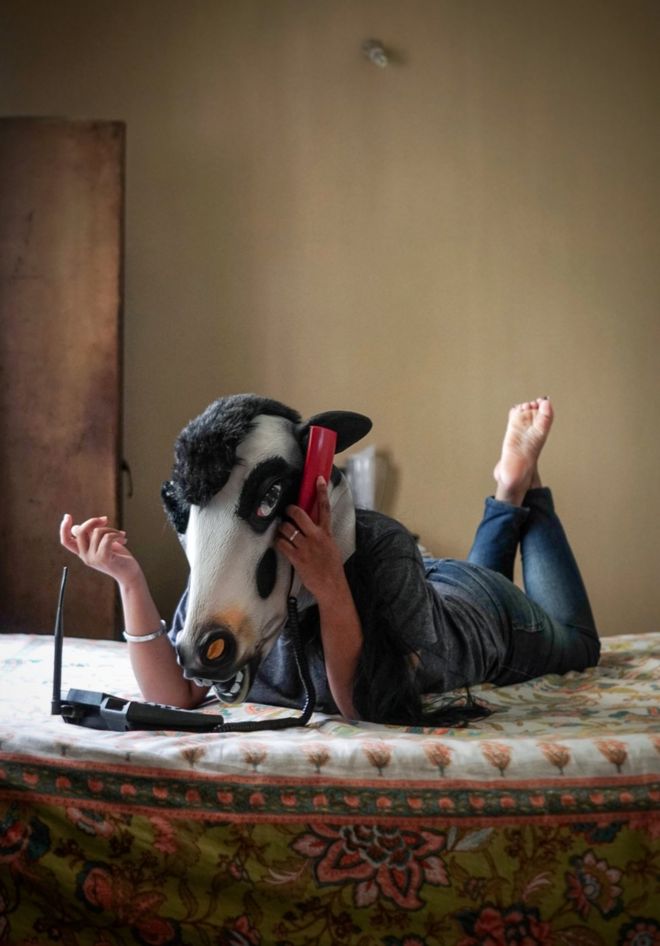 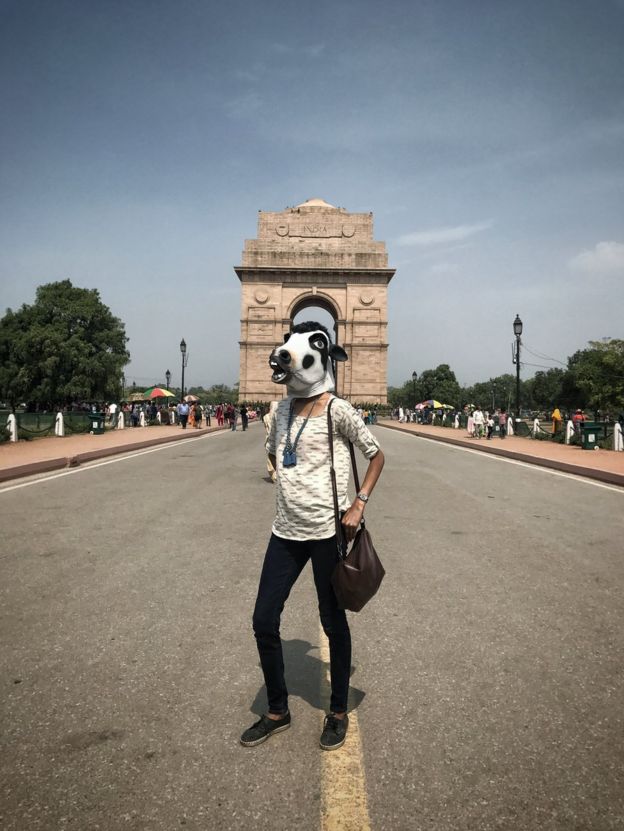 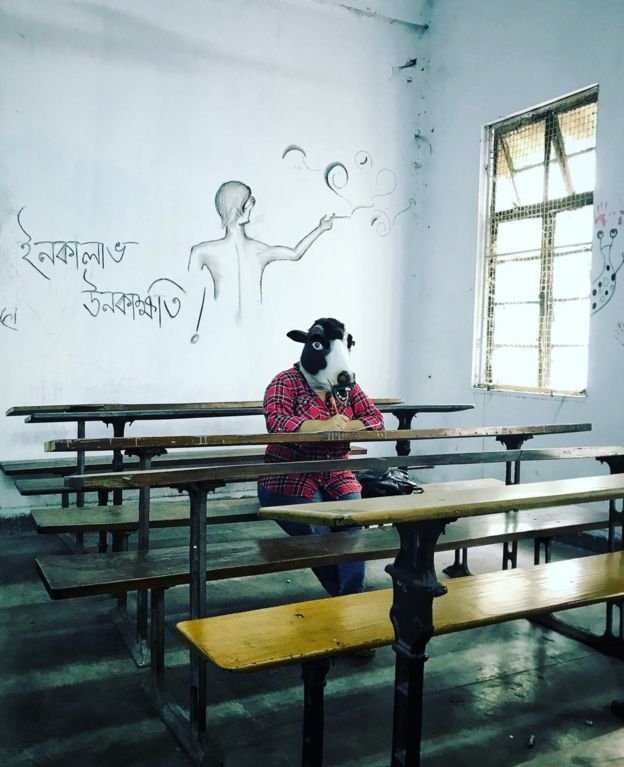 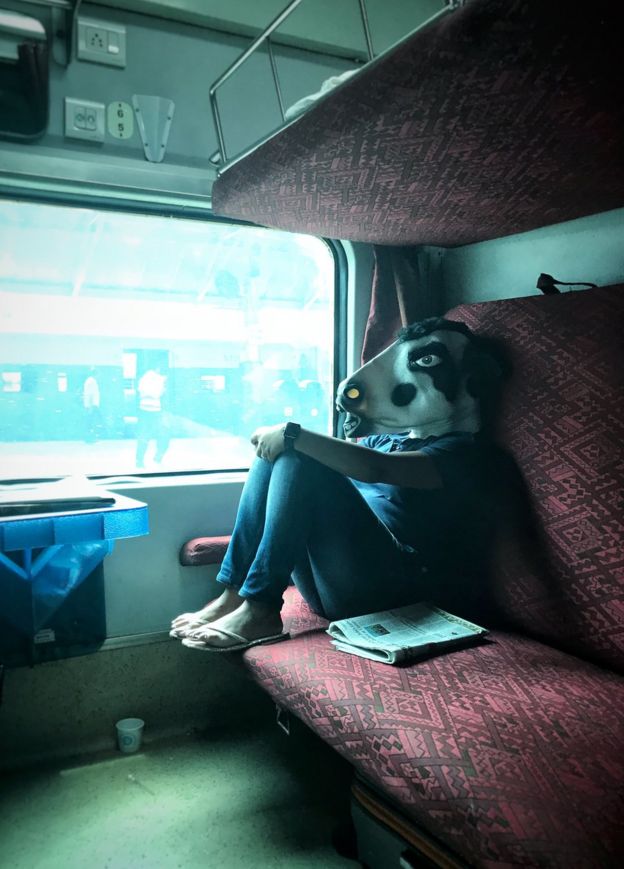 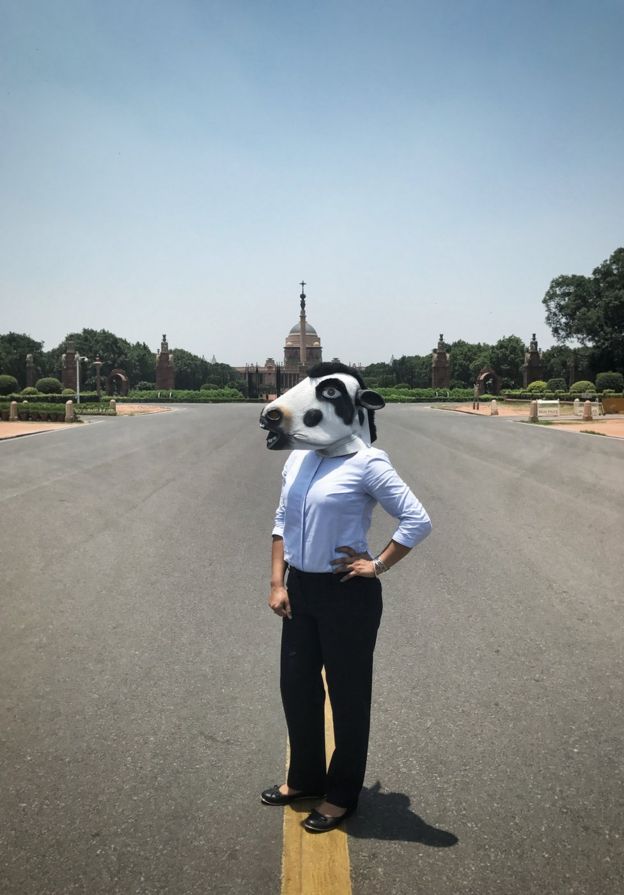 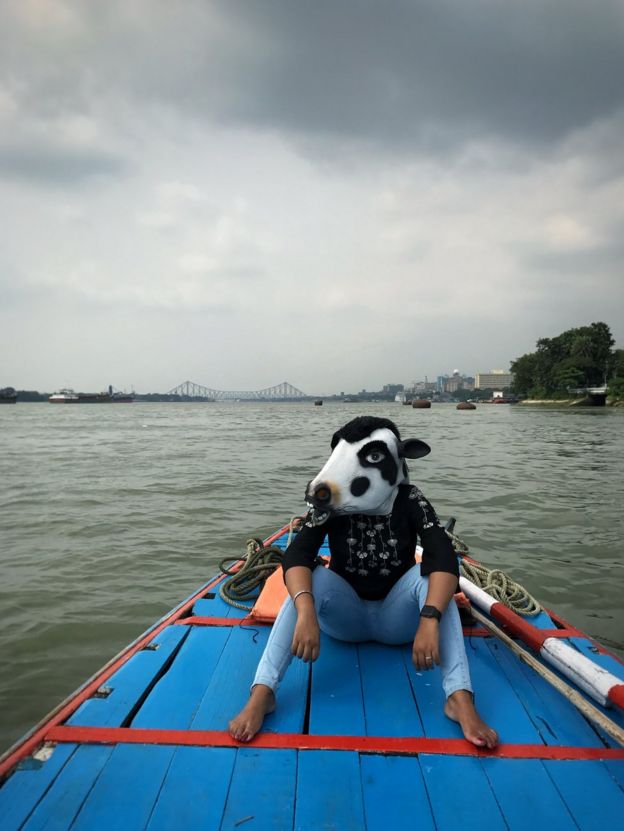 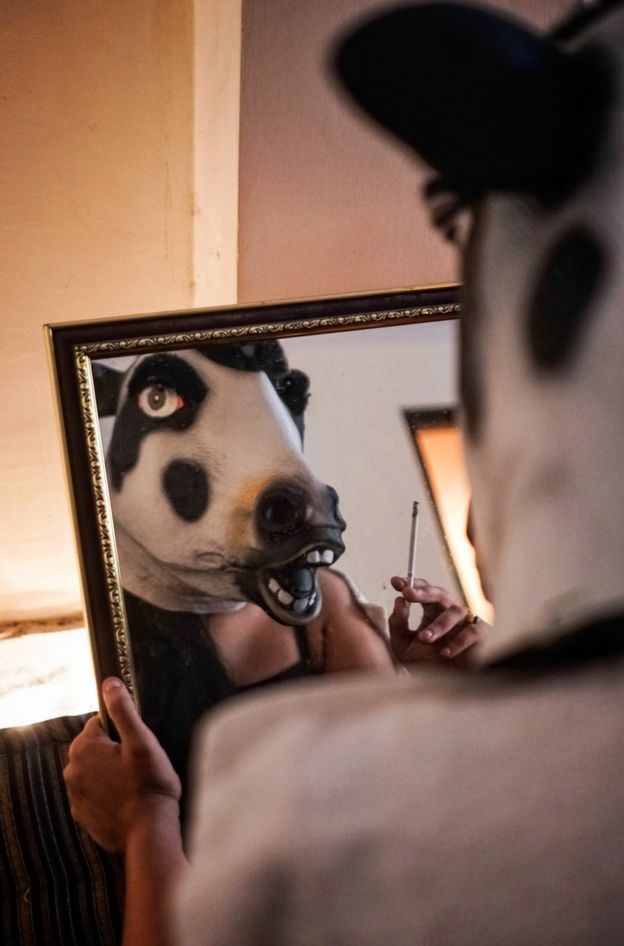 In the 1960s we were confident that the use of religion for political mobilisation would decline because nationalism, namely, the secular, all-inclusive, anti-colonialism nationalism that brought us independence, would, despite Partition, be firmly established. This was in some ways such a firm belief that it was not thought necessary to specify the inclusion of secularism in the Constitution at the initial stage. This has not happened. Religion as political mobilisation, and religion-based identity as the core of nationalism, sometimes called communalism, is back in full force.

Historians and other social scientists do not make predictions. Our inability to do so is because there may always be some irrational factor in our society that intervenes. So we can only analyse what went wrong and make some suggestions for how to put it right.

It is useful to consider the changing contours of communalism in post-colonial India since the parameters and the historical context are no longer the same as they were in colonial times. There was, to begin with, an anti-colonial relatively secular nationalism that pre-dated and was distinct from communalism, both Muslim and Hindu.

Communalism was born out of colonial policy, and took as its foundation the dubious two-nation theory that culminated in two categories of communalism – Muslim and Hindu. The first led to the creation of Pakistan. Hindu communalism is awaiting its fulfillment.

Communalism continues to have a role in the politics of post-colonial India, but this is not identical with its earlier role. The prime reason for anti-colonial secular nationalism has ostensibly been removed after independence, since we are no longer a colony and do not require an anti-colonial nationalism. But we still have to contend with the kind of communalism, that is aspiring to a Hindu Rashtra, of the 1930s vintage.

The two-nation theory fueled communalism, assisted by another colonial contribution which was the Census that led to describing Indian society as consisting of a majority community and minority communities. To this was added the colonial theory of the foundation of Indian civilisation being the Aryanism of the Vedas. This contributed to the concept of the nation as a Hindu Rashtra and the Hindu therefore being the primary citizen of India.

Whereas the major nationalism of anti-colonialism led the movement for independence, the colonial perceptions of the history and society of India, gave root to the two communal nationalisms in the form of the Muslim league and the Hindu Mahasabha – to be replaced with the RSS. These latter two did not support secular anti-colonial nationalism but instead focused on opposing each other.

Subsequent to Independence, secular nationalism was no longer confronting a colonial power, but instead, it had to confront the power of identity politics that draws on religious extremism. The need for awareness to check the activities of religious extremism was under-estimated. Both Islamisation and Hindutva took the path of concretising Islamic and Hindu identities as oppositional.

Indian Governments have each to a greater or lesser extent, been party to such politics. We have experienced extreme violence against various minorities – Muslim, Sikh, Christian, Dalits. It has been and continues to be a serious threat to democracy in India.

It is difficult to establish a functioning democracy in a society where there are special categories of privileged and under-privileged groups, and majority and minority communities based on religious identities with varying rights ; and an ideology that endorses the two-nation theory, where religion, caste, and language, become identities. It is difficult because democracy requires the reverse of this – it means equal rights for all and an equality in laws applicable to all citizens.

Many of our problems come from an unquestioned inheritance that we have accepted of colonial policy, administration and law. We continue to base our identities derived from religion and caste on those that the colonial system imposed on us. If we were to question these, something different may well emerge.

I often wonder whether all post-colonial societies nurture continuity and conservatism by clinging to what their colonizers had taught them about who and what they were and are ?

Communalism was born out of colonial policy, and took as its foundation the dubious two-nation theory that culminated in two categories of communalism – Muslim and Hindu. The first led to the creation of Pakistan. Hindu communalism is awaiting its fulfillment.

It would be interesting to do a comparative study with African and Caribbean nationalism, for instance, that saw the emergence of theories such as Negritude and where people read Aimee Cesare and Leopold Senghor when constructing their nationalisms. Did they also go back to colonial versions of their past or did they question these versions?

Are the ideologies of religious and cultural extremism invariably drawn from the interpretations of the society and culture of the ex-colony as constructed by the colonisers ? In other words do we have to endorse the identities that British colonialism imposed on us? Can we not instead question these identities and consider alternatives. The continuation of such identities is inherently anti-democratic. They were meant for a colony not for a free democracy.

This debate has been going on for a while now. There is a need to change the premises.

Instead of speaking of the past only in terms of who victimised whom, (and as we all know such theories of victimisation are easily constructed), we should instead look more carefully at what we want from the present and what from the past can help us construct a more positive present.

We have to recognise that we too, like every other society with a long past, have not been a society characterized by tolerance and non-violence. However much we may wish to believe that we were tolerant and non-violent, it simply isn’t true.

Such theories served their purpose in the days when we were contesting colonialism. But they are not of much help now with the constant daily actions that we witness or even experience, of intolerance and violence, and it seems to increase by the day. But we cannot suddenly have become violent and intolerant. There have to have been some elements of such behaviour in us in the past as well, which we perhaps kept under better control. It would be salutary to investigate why there was less of violence and intolerance in the past, if that was so?

Our texts from pre-Islamic times tell us that there were two streams of dharma that were dominant – the Brahmanical and the Shramanic. The latter were the Buddhists, Jainas, Ajivikas and such like. There are rulers that insistently call for tolerance among the sects as in the edicts of Ashoka Maurya, or there are references to conflicts between sects in Sanskrit texts, or in accounts of visitors to India in those times.

Patanjali, the great grammarian of around the second century BC, refers to the two streams of dharmaas dominant, and adds that their relationship can be compared to that of the snake and the mongoose. Buddhism was finally exiled from India. Sectarian conflicts continued into Islamic times with now an additional factor.

As far as intolerance goes, we must also remind ourselves that every religion in India discriminated against what we today call the Dalits. Even the religions that claimed that all men are equal in the eyes of God, did not give them equality.

Islam and Christianity did not have a category of Dalits outside India, but in India, Muslim, Christian and Sikh Dalits were segregated and lived separately. These are aspects of our society that we still have to come to terms with. We cannot claim to have been a tolerant society in the past by ignoring our treatment of some sections of society that we are now trying to amend. Intolerance does not refer only to religion. It also refers to the demeaning of another human being.

If we want a democracy then it has inevitably to be secular, and not give rights to privileged groups. This is irrespective of whether the claim is that such rights are justified by status or by numbers. It means that institutions of society have to be so organized that privileging a group becomes redundant.

This means a constant check on the functioning of those institutions that sustain a democracy to ensure that they are doing so. This also means being aware, for instance, that institutions of education where we learn about secular democracy, and are socialised to belonging to a democratic society, are not dismantled, or are replaced with teaching that is anti-democratic. This is a serious threat.

It also means changing the mind-set of institutions and people to encourage them to understand and support a democratic society.

What are the major institutions that would be involved with this?

The Constitution is based on values of secular democracy but most of us know so little about it. Perhaps we should be more aware of how it defends democracy. This would also involve greater knowledge about the functioning of the judiciary – so crucial to the current many crises.

We have to recognise that we too, like every other society with a long past, have not been a society characterized by tolerance and non-violence. However much we may wish to believe that we were tolerant and non-violent, it simply isn’t true.

The Code of Civil Laws should be geared to eliminating the continuing discrimination against Dalits, Adivasis and women. We also need to check from time to time to ascertain as to how affirmative action is working and who is benefitting from it.It does seem curious – and this question is now being commonly asked – as to why dominant castes in so many parts of the nation are taking to violence to ensure that they be given reservation rights, some of which are reserved only for those that have an under-privileged status.

A major positive change can be brought about if quality education is made available to all. The aim should not be just for literacy but also to teaching the young how to think, how to question their world, and how to improve it. The aim should be to impart how to handle knowledge and why this is important. Education is not just the acquiring of information. We have to remember that in the coming generation virtually half the population will be young adults with aspirations.

We have to ensure basic human rights so that five hundred million Indians can live with dignity. We have to think of how we can perhaps insist that our administrators, those that run our institutions as well as those that are required to protect us, be taught that their prime function is to protect the rights and the person of the Indian citizen ? Subservience to authority is not what is required from them. They have to be encouraged to be helpful to the citizen.

May be that if we begin to make these our demands and do so with a firm commitment, then some of the indignities associated with the communal mind-set, and that are so common in our society, may start to fade.

Communalism is ultimately an attitude of mind among people based on the assumption that whatever is told to them by their mentors is all they need to know. It shows a disinterest in knowing better. To focus therefore solely on the rights of religious communities – whether of the majority or the minority – ultimately has a limited purpose. This will not terminate communalism.

It seems to me that we have to think of other ways by which identities are defined. We seem to have arrived at a point when communal ideas and activities are taken as legitimate nationalism. We have to disentangle nationalism from communalism. No group has a monopoly on claiming that its activities alone, constitute nationalism, and all others are anti-national. We have to reconstruct nationalism in an inclusive, secular mode, to allow every Indian to participate equally and with equal rights.